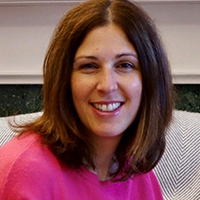 When teaching EYFS, you’re acutely aware of the importance of early literacy skills – from sharing a story to mark making, it upholds a sizeable portion of your daily plan.

Being literate is an absolutely key component of a child’s education; we all know that. Passing exams, getting into university, landing your dream job… it all starts with Biff, Chip and Kipper!

Not only will a child’s early literacy skills influence their success in school and later life, but it’s a big part of why we’re employed to teach in the first place.

You’re trained to identify those who show the initial signs of struggling with literacy, and intervene accordingly; you fill the stopgap where literacy skills haven’t been emphasised at home; you could contract a particularly potent case of amnesia and still be able to recite The Very Hungry Caterpillar with gusto.

But have you considered the finer influence of early literacy on your pupils? Not just on their adult life – but on how they’re negotiating life today?

Here’s four key skills that are perhaps more subtly underpinned by early childhood literacy – but are just as critically important.

The more words that a child knows and understands, the easier it is for them to apply that knowledge to new words; and then gain meaning from stories they read.

Language skills are affected by world knowledge. Children who have difficulty recalling a word also know less about the objects to which the word refers.[1] When young children are exposed to, and encouraged to build, a varied vocabulary, they don’t just understand more about literacy – but the world around them, too.

How can we make friends and build bonds without being able to communicate?

From asking about favourite colours, to requesting a sandwich (without crusts!), being able to clearly express thoughts and feelings allows us to engage – and seek reward – from our surroundings and peers.

The early verbal environment is key to language learning, and the ability to use this language in a meaningful way with others.

Longitudinal data shows that aspects of early parental language can predict language scores at age nine[2]; children from highly-verbal families hear nearly three times as many words per week than those who are not, which translates into more advanced linguistic ability by KS2.

In short, children who are exposed to a varied vocabulary in their early years are far more likely to enjoy enriched communication skills later on.

When a child is furnished with strong early literacy skills, it directly influences their rate of learning in other areas.

Children who hear an unusually high proportion of examples of a language learn faster than children who receive ordinary input[3], dramatically assisting how they process information – which of course lends a hand in all subjects.

Getting your class firing on all cylinders when it comes to word adoption won’t just create great poets, authors and journalists, but mathematicians, doctors, zookeepers… you name it!

Looking for a new role within education? Search our job board here.

Although being asked to read aloud may initially result in some foot-stamping (especially when compared to playing outside, which is pretty fun), encouraging your class to indulge in good early literacy habits can dramatically help to improve behaviour in the long-term.

Children who have difficulty reading, for example, may become bored or unhappy at school – which results in them expressing their feelings in negative ways, such as distracting their classmates, or lashing out.

Anxiety can trigger a “fight or flight” reaction in any of us. When a child is anxious about reading or writing in class, it can cause them to fight, or avoid, the source of that aggravation; behaving in a silly way as a distraction, for example.

As children get older, they only become more aware of their performance when compared to other children – resulting in even more embarrassment and “fight or flight” behaviour.

Spotting the early warning signs of falling behind can help children to be supported in their literacy skills sooner, and prevent negative behavioural traits later in school life.

Are you looking for a new way to engage your EYFS class with early literacy? Mighty Writer is a unique literacy tool which can engage children of all abilities and help them develop the key skills required to become competent, confident writers. Download our teacher’s guide now.

Emma Ralph was an Assistant Head Teacher at Hillbourne Primary School in Poole, where she helped to improve the school’s literacy standards. Spotting a gap in the market for a literacy resource which taught children the fundamentals of punctuation, vocabulary and sentence structure in a visual, fun and engaging way, Emma developed her own product: Mighty Writer. It is now transforming the literacy of tens of thousands of children in over 550 schools around the world.