Brexit and the future of MFL Education: a 5-part breakdown 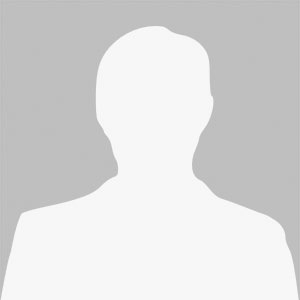 With Brexit negotiations at a standstill and just over three months left until Brexit day, question marks cover the future of many of the UK’s major industries and sectors.

Included in this, is the Education sector. According to a report released by the Confederation of British Industry, the sector relies heavily on EU talent – with EU nationals making up 17% of all academic staff. There is a growing concern within many education institutions that Brexit will damage the sector, by making it harder for these staff to take up vital roles.

There have already been reports of European academics leaving the UK in the wake of Brexit, with over 2,300 EU academics opting to leave their posts and British universities and colleges in favour of new roles in neighbouring countries this year, marking a 19% rise compared to 2017.

Right now, nobody can predict what is going to happen on the 29th of March. However, whatever the case, negotiations need to bear in mind the importance of the Education sector, and Modern Foreign Languages (MFL) in particular.

But why are MFLs so important, and what, if anything can be done to plug up the gap which is starting to form in the sector?

What we already know

We know that free movement is set to end after the UK leaves the EU. This has remained one of the Prime Minister’s key negotiation points and her draft exit proposal has clarified this.

If the UK leaves with a deal, a transition period will be put in place. This period, called the ‘implementation phase’ is set to allow the UK time to gradually move into the new legislations agreed in the deal.

According to Theresa May’s post-Brexit immigration plan, any EU citizens who arrive in the UK before or during this period will be subject to the same rules as they were before Brexit and can apply for the EU settlement scheme.

Any EU nationals arriving after the transition period has ended will need to meet the same immigration requirements as all non-EEA migrants. This means they will need a visa to visit, work or settle in the UK.

This plan will cause issues in itself. Timely, complex and expensive visa applications will likely discourage European talent from choosing the UK as a professional base in the future and MFL teachers may be forced to choose other locations in the continent instead. This will widen a skills shortage in the Education sector which was already abundant before the referendum.

However, if no deal is reached between the UK and the EU by Brexit day, and Britain comes crashing out of the bloc, this transition period is no longer set in stone.

With parliament unable to agree on May’s withdrawal agreement and an immigration proposal still not drawn up, there is a growing uncertainty within education and within the MFL sector.

This constant uncertainty is already placing a strain on several of the UK’s sectors, with EU staff leaving their posts, worries about skills-shortages widening and concerns over funding and trade which will be lost along with our EU membership.

Learning a foreign language broadens a student’s horizons. Learning to speak a second language allows cultural exchange, travel and work opportunities. What’s more, it diversifies any student’s study portfolio/profile; requiring a new set of skills than those needed from a humanities, arts or science subject.

Physiological studies have also found that speaking two or more languages enhances a person’s cognitive function. According to EFL lecturer Anne Merritt, speaking a language which is different to your first “improves the functionality of your brain by challenging it to recognise, negotiate meaning and [choose how to] communicate it”. This can be a huge asset in both the workplace and in personal life, as it “boosts the ability to negotiate other problem-solving tasks” easily whilst also “improving multitasking skills”.

According to a recent report published by Tes, almost a quarter (24.2%) of MFL graduates need to take on roles as teachers in order to fulfil the roles necessary in UK schools. This number, according to the report, is only growing as schools cater for higher numbers of students.

Because of this, EU nationals commonly take on positions as language teachers in British schools in order to fill severe skills gaps.

Katril Kohl, professor of German Literature at University of Oxford, describes the concern herself and many of her colleagues have been feeling since the Referendum result:

“One thing is certain: the shortage of teachers in Modern Foreign Languages was already endangering the sustainability of the subject before the Referendum, and the time bomb is now ticking even more insistently as the obvious solution – to recruit language teachers from France, Spain and Germany to plug the gap – has been radically undermined”.

Currently, there are several teaching positions which have been recognised as ‘in shortage’ in the UK. When a role is in shortage, this means that the Government officially acknowledges that a role cannot be filled with ‘domestic talent alone’. In other words, migrant talent is necessary in order to fill the workforce.

At present, ‘domestic talent’ includes any talent from with the EU. However, when the UK leaves the EU, and visa regulations are enforced on EU nationals, this will no longer be the case.

There is a push from many in the Education sector who feel that, in light of this, the teaching positions listed as ‘in shortage’ (currently only Physics, Chemistry and Maths teachers) will need to be expanded to include those which are currently reliant on EU talent and skill. An example of this would be MFL teachers.

As it stands, anyone wanting to apply for a Work Visa who is not listed as ‘in-shortage’ is subject to the Tier 2 Visa cap. This cap includes all professions, with no preference for any one over the other. This means that anyone applying for a Tier 2 Visa is subject to the cap, and once the cap is reached no applicants will be accepted.

The future after Brexit

It is still difficult to assess exactly how Brexit will impact the future of MFL in the UK.  “It won’t change the trajectory” Kohl writes; “the teaching and take-up of French, German and Italian in schools have been on a downward spiral for many year and Spanish isn’t doing much better”.

It is a well-known fact that British students’ practice of other languages ranks poorly in comparison to other European countries, with the average British child only speaking one language (English) compared to their European counterparts (such as those from Germany and France who speak two languages on average, or Holland or Denmark which speak three on average).

Most believe that this disparity is due to a mixture of cuts to funding for schools and the fact that the English language is so widespread.

Should Brexit make it more difficult for Europeans looking to teach languages in the UK, the gap between the UK and the continent will only continue to grow.

Luna Williams is a Political Correspondent for Immigration Advice Service, a specialist UK immigration advice service advising on UK Visas and residency for individuals and businesses.