“If pupils behave badly it's the teacher's fault!”
Menu

“If pupils behave badly it's the teacher's fault!” 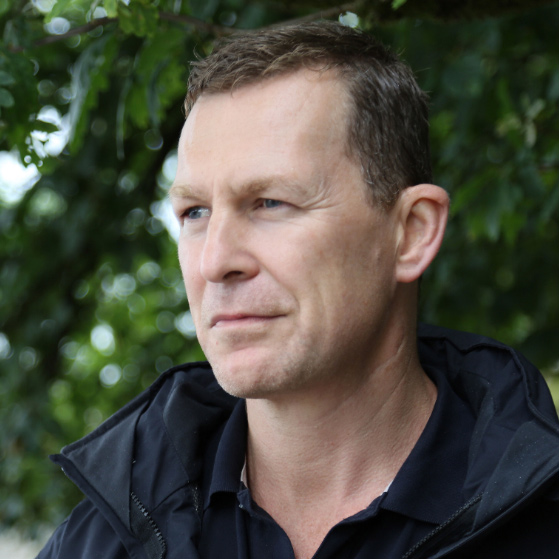 Some time ago I heard a very bold, and potentially life-threatening, statement from a colleague in the staffroom. He, we’ll call him Mr. Footinit, had just returned from a training day where he had clearly had a revelation and decided…

“If pupils behave badly in a lesson it is the teacher’s fault.”

Needless to say coffee was spilled and spat out en masse when he shared this little gem but I have to say… with some trepidation… this is a view I almost totally agree with.

We all know there are many factors which influence the behaviour of the young people in our care, including diet, home life, peer pressure, hormones, medical disorders, bullying and TV, to name but a few. We also know that, as teachers, we have absolutely no control over these factors at all; so how on earth can it be the teacher’s fault when a child misbehaves?

The teacher cannot ensure a child doesn’t stuff his face with additive-laden sweets and fizzy drinks for breakfast on his way to school any more than she can prevent him watching inappropriate films and TV programs at 3am. We teachers have no control over those things; they happen outside school so they are outside our control.

So there we go. Case closed. When a pupil behaves badly in class it can’t possibly be the teacher’s fault.

But incidents of bad behaviour seldom just ‘happen’. They are usually triggered by what can often seem relatively insignificant events and then escalate dramatically as a result of the reactions of others – including the teacher.

A teacher who reacts to challenging pupils with aggressive body language, shouting, sarcasm, unfair punishments etc. may cause resentment and open defiance together with all the associated behaviours. Similarly, when minor problems are left unchecked by the teacher they will undoubtedly get out of hand. When either of these things happen, Mr. Footinit’s comment is not too far wide of the mark.

The teacher who seldom ventures to the back of the classroom where the ‘likely lads’ hang out is asking for trouble just as the teacher who pre-judges and snarls at Ryan, Liam and Connor before they’ve had chance to sit down is asking for an argument. The way we approach challenging children is crucial in terms of managing the classroom and diffusing and de-escalating problems before they get out of hand.  And our approach is the only thing that is under our direct control.

We can't change everything

We can’t change a child’s inappropriate parents and we can’t change what goes on outside the classroom but one thing we can change – tomorrow – is our approach towards our most challenging pupils; the way we interact and communicate with them. Obviously we communicate differently to people we actually like, respect and get on with because we feel differently about them than those who annoy us or cause us problems. Clearly then, the first essential step in changing our approach lies in taking a step back and changing the way we actually feel about these young people; changing our whole attitude towards them.

What do the students think?

I interviewed hundreds of ‘at risk’ students recently to try and find out what it was specifically that made them so unsuccessful at school. These kids were aged between 11 and 15 and were the ones you’d always find scurrying around corridors during lesson time – usually because they’d been thrown out of the class. They were all ‘at risk’ of being permanently excluded from school because of their behaviour and negative attitude.

The results shocked me.

In EVERY instance, every single pupil told me that the reason they had problems in certain lessons and with certain members of staff was because the member of staff made it quite clear that they didn’t like them and didn’t want them in their class. Their attitude towards these kids was totally negative and was clearly conveyed in their body language, their voices, their facial expressions and their actions.

They had the expectation, if not hope, that unsavory behaviours were bound to occur. As we all know, in this game, teacher expectations are a powerful force so the kids rarely failed to disappoint.

Which pupil would you choose?

Two new pupils have arrived at your school and you are told you must have one of them in your class. Which one would you prefer?

Pupil A
– Mother died when he was 5. Father left home when he was 4.
– Lived with grandmother for 1 year before she died.
– Since then, lived in 3 foster homes and been excluded from primary school.
– Scars and burns – attributed to abusive father.

Unless you’re someone who loves a challenge you would probably opt for Pupil A, based on the principle that you feel sorry for him. Alternatively, you may have already guessed that the two pupils are, in fact the same person. The description of Pupil A focuses on the person, his background and some of the terrible factors that have contributed to his failing. The description of Pupil B focuses on the behaviour the pupil displays.

The point of this little exercise is that when dealing with ‘problem’ children, it is easy to label the child solely in terms of their behaviour, rather than the whole child. Our attitude towards them then develops accordingly.

Teachers with negative attitudes generate problems for themselves. They wind kids up; they expect trouble (and get it). Their classroom has a negative air. When behaviour problems occur, which they frequently do in this environment, they quickly escalate into serious confrontations because the teacher’s response tends to be aggressive, sarcastic or dismissive.

The teacher with a positive attitude has positive expectations. Rather than being on the lookout for, and expecting, problems in the classroom they look for, and frequently find, solutions. They communicate on every level that they are there to help the pupils rather than find fault with them and when problems do occur, they respond in a manner that conveys care, fairness and consideration without compromising the need to be firm and in control.

If you want to see positive changes in your ability to manage difficult pupils a good place to start is with your attitude towards these young people. Try to remember that they aren’t born badly behaved. Remember they have a history which has shaped them and are likely to have had far more emotional pressure to deal with in their short lives than you or I ever will; and treat them accordingly. If you do that, no one can ever say it’s your fault when they don’t behave!

Rob Plevin has been sharing resources for teachers on Classroom Management & Student Engagement for 10 years following a 15-year career as a Special Education Teacher and Deputy Head Teacher.