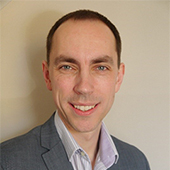 Teaching a foreign language at secondary school can be quite a challenging task but there is one aspect that would make the lives of teachers and MFL pupils easier, lead to more enjoyable lessons and also improve pupils’ grades: teaching less grammar.

The research over the past 20 years in second language acquisition has shown that (explicit) grammar teaching does not necessarily lead to better outcomes or more proficient pupils; A heavy focus on grammar can actually hinder a pupil’s development in the language.

As one cannot expect all MFL teachers to be experts in second language acquisition, here are 10 tips for teachers seeking to improve their pupils’ proficiency. If you decide to make any of these changes to your teaching, remember to do it at the cost of (explicit) grammar teaching.

David is a secondary school teacher in Germany and the UK, where he currently works at a private school teaching EAL and German. In addition to his BA Hons degrees in English/EFL and educational science from Germany, he also holds an MA in German with a concentration in second language acquisition/language pedagogy from the USA. David has been teaching foreign languages for over 14 years in different educational settings in Germany, Brazil, the USA and the UK. His main goal as a teacher and educator has always been to motivate and support his students to make the best of their abilities. He has his own private tuition service www.dnktuition.com where he teaches English and German as foreign languages by integrating the findings of the newest research in second language acquisition and by focusing on the social and emotional well-being of his students, utilising the science of positive psychology.