The importance of a diverse board | Eteach

Showcasing vacancies on the world's number 1 education-only job board.

WE'LL DO IT FOR YOU

Don't take our word for it, see what our customers have to say..

The importance of a diverse board 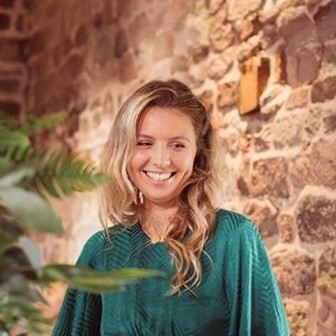 In this blog from education charity, Governors for Schools, Lydia Bower considers the benefits of a diverse board and how schools can give themselves the best chance of recruiting (and retaining) skilled people from a range of backgrounds.

We know that diverse boards mean better governance. But on top of that, having people from a variety of backgrounds on school boards benefits the wider school community.

So why is a diverse board so important? Over 30% of our volunteers are from BAME backgrounds, compared to a national average of 5% of non-white governors on boards across England and Wales.

Does diversity result in better performance?

It was explained that ‘while not causal, we observe a real relationship between diversity and performance that has persisted over time and scale, and across geographies. There are clear and compelling hypotheses for why this relationship persists – including improved access to talent, enhanced decision making and depth of consumer insight, and strengthened employee engagement and license to operate.’

These are all reasons why school governing boards rely on a diverse group of people to make the right decisions. The aspects of enhanced decision making, depth of consumer insight and strengthened employee engagement apply in the context of schools.

From the perspective of gender equality, governors can influence – and help rectify – the gender imbalance highly visible in certain professions and in positions of senior leadership. Governors can help tackle one of the roots of the problem before it has the chance to manifest. In their role, governors can make sure that girls have the same opportunities as boys to explore areas traditionally considered ‘male’ – thus addressing the gender imbalance from an early age.

One of our governors, Nadia, an engineer from Newcastle, told us that ‘I’m one of three women in my office. We’ve battled through an education system that’s told us we’re female so we can’t be engineers. I became a governor because I wanted to make sure opportunities were there for everyone, no matter what their situation – especially when it comes to encouraging girls to take on STEM subjects.’

Diverse boards reflect everyone in the school community and make children - and parents - of all backgrounds feel included. Boards that don’t prioritise diversity exclude groups of people from strategic decision making. This is damaging in a number of ways, from creating disconnect between groups, to a lack of awareness around other cultures, to acting on unconscious (or even conscious) bias.

It’s important that children from different backgrounds, beliefs, and experiences see themselves reflected in leadership positions, setting the example that these positions are open to them. It’s also key that children in predominantly white areas also see a wide range of people in leadership positions. By doing so, children diversify their perspectives and recognise that a range of people in these roles should be the norm, not the exception.

How is Governors for Schools promoting diverse boards?

Diverse boards help ensure effective governance, which leads to improved educational outcomes for children. Governors for Schools recognises the importance of diverse boards so that decisions are made robustly with input from people with a variety of lived experiences – as well as varied skills.

Governors for Schools are holding a free virtual conference from 20-24th September, with a session about how to diversify governing boards. Join the discussion on Thursday 23rd September at 12pm by signing up for the Zoom session – it’s free!

If you’re looking to make your board more diverse, read more about practical ways you can do this. Or, if you’re interested in becoming a governor, apply on their website.

Lydia is the Marketing and Communications Manager at Governors for Schools. Earlier in her career, she spent time working as a copywriter in the London tech start-up scene. Having worked and volunteered for the RNLI, Oxfam, and women’s charities in the past, Lydia made the move to the charity sector full time to use her written and creative skills to encourage more people to become school governors – and positively impact social mobility. Lydia graduated from the University of Exeter with a degree in English and Politics, where she also spent a year studying at the University of Sydney.