The Mall is a well-established private school for boys in Twickenham, situated close to the town centre. Boys enter our infant school at the age of 4 then transfer automatically to our junior and senior school before leaving for a range of London senior day and boarding schools at 13.

The Mall is not a selective prep school on entry in Reception. Nevertheless our pupils achieve high academic results with many boys awarded scholarships to senior independent schools such as St Paul's, King's College School, Wimbledon and Hampton School.

We are a caring community - happy, relaxed and sometimes informal and we aim to instil in our pupils a spirit of tolerance, mutual understanding and an awareness of the needs of others.

The Mall is a modern, purpose-built private prep school with excellent facilities including an indoor pool and a recently opened Creative and Performing Arts Centre for drama, art and design technology.

We have interactive whiteboards in many classrooms and are constantly upgrading our ICT facilities.

At The Mall we offer a broad curriculum which covers both academic and non-academic subjects many of which are taught by specialist teachers. We aim to give the boys the knowledge, understanding and skills which will foster their intellectual curiosity, encourage an enthusiasm for a range of subjects and help them to begin to make sense of the world around them.

The Mall School was founded in 1872 and moved to its present site in 1909. The original house was destroyed by fire in 1960, leaving only the old stable block, which housed the junior activity room and the art room.

Temporary accommodation was erected to keep the school going and was added to over the years, notably by Peter Waterfield, who became Headmaster in 1969. At that time the school buildings - but not the land - were owned by the Headmaster.  When Mr. Waterfield approached retirement he decided to hand over the school to an educational trust which was established in 1986 and a successful appeal raised over £200,000 to secure the freehold of the land.

A major redevelopment programme was begun in 1990 with the opening of the Waterfield Building, a junior block comprising six classrooms. The Ellis Building, a matching senior block of nine classrooms, was opened in 1992 and September 1993 saw the completion of the Hamblin Building which includes a kitchen, dining room, library and staffroom. The celebration of the school's 125th anniversary was marked by the opening of the Thistlethwaite Building for Science and Music which completed the inner quadrangle in 1997; the indoor swimming pool was opened by Gary Lineker in July 1999.

In December 2000 The Old Vicarage, 84 Hampton Road was purchased by the Governors to house Reception and Year 1. The building opened for the Reception classes in September 2002 with Year 1 being added a year later. In September 2010 a Creative and Performing Arts Centre for drama, art and design technology was completed and a new sports hall was opened by the ex-England cricketer Angus Fraser in January 2014.

The Mall School is a charitable trust and as such is a 'not for profit, not for loss' organisation. The Mall has a board of governors who oversee the management of the school and set the strategic vision. The Mall is a member of the Independent Association of Preparatory Schools (IAPS) and is regularly inspected by the Independent Schools Inspectorate (ISI).

Our outstanding sports facilities include a 20m indoor, heated swimming pool and a brand new, purpose built sports hall. Boys in Years 2 and 3 have use of St James' School playing fields for afternoon games while boys in Years 4 to 8 use Teddington Cricket Club in Bushy Park.

Our youngest boys in Reception and Year 1 are housed in a converted vicarage – The Mall Pre-Prep (also known as Mall Infants) – five minutes' walk from the main school site. As the boys are so young, this provides them with a small and nurturing environment that better supports their transition from pre-school.

The Mall is currently in the middle of a three year refurbishment programme which will include all classrooms throughout the school having interactive whiteboards. The school recently redeveloped part of the outdoor area on the main school site to create an outdoor classroom with a raised pond, vegetable beds and a greenhouse. Plans are currently being established to redevelop the outdoor area at Mall Infants. 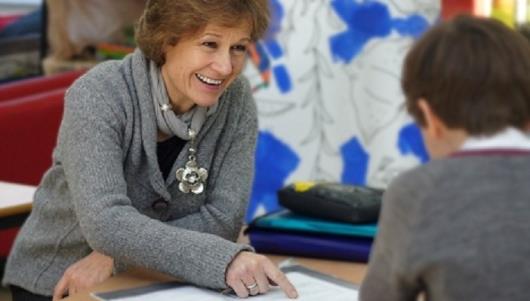 If you're searching for your next teaching or support post, why not contact us now? You'll be working at a great school and be part of a friendly, helpful team. We're always interested to hear from enthusiastic, committed teachers and support staff. 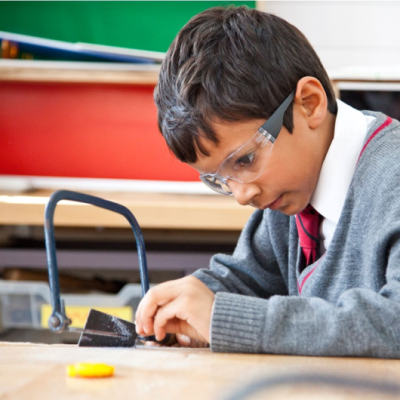