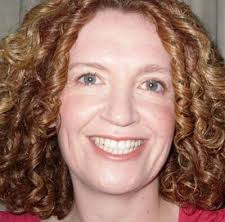 Encouraging children to attend school is usually an easy matter. For many children, school is a place of enjoyment and fun; where they see their friends, learn exciting new things with teachers they relate to and who relate to them, and develop skills that feed their interests over time. But for those children for whom school is not a place of friendship, fun, learning and safety, attendance can be a major challenge requiring the greatest care, compassion and understanding.

Anxiety over school attendance, or school refusal, can be the source of immense stress within families. Striking the balance between rising to the challenge of being at school despite anxieties and causing long-term harm through excessive anxiety is extremely difficult.

Tom Madders, Director of Campaigns at YoungMinds told me that, “We often hear on our helpline from parents whose children are struggling to attend school, because of anxiety, bullying, academic pressure, difficult relationships or a lack of support. Schools can and should be supportive environments, but the current attendance system can lead to parents being threatened with fines when they’re desperately worried about their child’s mental health.”

Angela, a tutor who wishes to remain anonymous, explained that most of the children she taught on a one-to-one basis over several years were on the autism spectrum. “Children had had experiences with teachers minimising and disbelieving their difficulties. Sensory overload was an area of difficulty. Possibly also that difficulties in making and holding onto a friendship group meant that they didn’t have that pull factor to keep them there.” She went on to explain that while she had had success in getting students into college after GCSEs, attempts to get the children she taught back into the same school never worked. Possibly because they were too far down the line by the time the local authority agreed to pay for a tutor. “It was not infrequent for the first session to involve chatting to parents and pets while the child observed, then my first learning session always involved data handling with a large packet of sweets which allowed me to assess a fair amount without having to write. Gradually building up the level of challenge but being prepared to backtrack if necessary to maintain relationships, also known as playing the long game!”

The “safer”, homely environment makes a difference. Less noise, less people bustling and less fear of failure. “I wonder whether the kind of nurture provision some primaries have would enable fewer children to refuse,” Angela said.

This need for nurturing is echoed by Madders. He explained that, “The pandemic has only heightened the pressures on young people. That’s why we need a wide range of improvements to mental health support – including investment in specialist NHS services and early support hubs in local communities – alongside action to ensure that every school can make wellbeing a priority.”

Kirklees Headteacher Kate Meade is keen to stress that every child is unique when it comes to attendance. “I don’t think there are any easy answers,” she said, “but small steps, very small steps sometimes. All involved need to respect it is 'can't' and not 'won't'. My own child went from 100% attendance to complete refusal. It was a genuine nightmare, and I took half a term off work to support him. We began with just going in for lunchtime play and built up from there. We did all the work at home, and he could cope with that. We made it boring but never made it into a punishment.

“Schools can allow a 6-week part time timetable and we managed in that time frame, but we were fortunate, so many families struggle for longer. I now have an agreement with my governors that I arrive just after 9am two days a week so I can take him to school. I am lucky to have a grandma who can support too.”

Nicola (not her real name) works for an alternative medical provision, which provides teaching for students when they are absent with long term illness or mental health problems. “Many of those who come to us have experienced extreme anxiety to the point of being unable to access mainstream school and end up effectively ‘signed off’ (often when they get to secondary) until it has reduced or until a specialist setting can be found. Their history is usually that they’ve been labelled ‘school refusers’ and in almost all cases, they eventually get a diagnosis of autism and/or ADHD and their high levels of anxiety reflect their unmet needs or stresses of the environment,” Nicola said. “We work on reducing the stressors in the environment, reduce the curriculum and work on a very person-centred approach with 1-1 or small groups.”

The highly controversial practice of rewarding full attendance clearly can have no positive effect on those for whom attendance at school is deeply challenging. So, what might work better? These ideas may help…

The government recently stressed through communication from the Department for Education that attendance remains a key priority and asked for “clear and consistent expectations about attendance” to be communicated to parents. But expectations are meaningless for families who are supporting children through the significant difficulties associated with refusal and high anxiety. As well as expectations, ensure that the support on offer for children and their families who are struggling with attendance is communicated widely.

100% attendance can be a wildly unrealistic goal for some children so pragmatism will be required. Individual children will have specific needs to be met and this may take a multi-agency approach.

Small steps along the path to improved attendance are likely to have greater long-term success. This is about building solid confidence in being at school. Talk about learning gains from being at school, rather than losses from being away from school, if anxiety is playing a part in absence.

Work in partnership with parents and carers. Attendance is not a challenge set by schools, but a goal worked towards in partnership between schools, children and parents.

Without effective and timely communication from all involved, issues around attendance can become intractable. Nonattendance needs to be explained and solutions sought. Support needs to be specific to the child in question.

There is little that is new in the world of attendance and support for the anxiety that is so often a part of nonattendance. However, keeping a keen focus on each and every individual child involved will evidently lead to greater success in the long run.