US to UK - How to get a teaching job in England 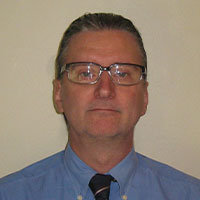 Tips for Americans (or other) who want to teach in England - Part I: Getting your foot in the proverbial door

I’m American but aspects of this article are relevant to any teachers who are not British citizens who might be considering teaching in the UK. That includes me.

Okay, first a bit of bad news. As an American, you're fourth in line. First in line are British citizens (which is as it should be). Next are EU members. After that are Commonwealth countries, like Canada, Australia and so on. The only reason I outrank someone from say, Argentina, is that I come from a country that speaks English – or something like it.

Now, there is no advice I can give in that regard, except to say that maybe Brexit might change that, but I wouldn't hold my breath.

Now, there are other routes into the UK. For example, if any of your grandparents were British citizens, then you can make an application to emigrate, or you can marry a British citizen; I do not recommend the latter course of action just to get a job.

If you don't have QTS, it's going to be pretty hard getting a primary/secondary teaching job in the UK. That said, I was actually given a live interview by a teacher who was unqualified, but she was British.

So, 'How does one obtain this QTS?' I hear you ask.

Tip #1a: Get certified in the US first.

You say you're already a certified teacher in a US state? Great!

Wait. You say you're not a certified teacher – well, you have a long row to hoe. You have two options.

Option A – Enrol in a program in the UK that will guarantee QTS.

This will almost certainly be a lengthy and expensive process, but if you have the time and money... you can get into teaching via the Department for Education (DfE) Bear in mind, if your long-term goal is to get Indefinite Leave to Remain (ILR), known in the US as 'Permanent Residency' – the years you spend in education do not count towards the five years you need.

Option B – Get a teacher certification in one of the US states and then get QTS.

Most states have short and affordable "alt-cert" programs, typically if you already have a degree. The one I went through in Texas cost about $4,000 and lasted about a year. Naturally, every state is different.

So, you've got a cert in your home state – what's the next step? Well, I stumbled across this website:

National College for Teaching and Leadership

When I first saw it, I was in this-is-to-good-to-be-true mode, but it is a British government website, so they're totally legit. You submit an application and, if you have all the secret ingredients, you get QTS. I received a couple of letters in the mail. One of them included a telephone number to verify the cert. I actually called and a real human being politely answered my questions.

Please note – this QTS is for England only!

I looked into getting qualified for Scotland. Unless you're related to a resident, forget it. Even then, forget it – the paperwork involved is horrendous. Scotland obviously does not want US teachers. They might say they do, but I suspect they're lying.

Tip #2: Do NOT apply directly to schools.

When I first started looking for UK teaching jobs, I applied directly to the schools. I think I wasted two years of my life stumbling down that blind alley. Don't bother, unless you personally know someone at the school who tells you, "Yeah, send your app in, I'll give you a good word, and Bob's your uncle!"

There are two good reasons to avoid direct applications. First of all, schools do not accept resumes/CVs. I don't know why. It's probably due to some well-intentioned government regulation. As a result, every school has its own customised application and, if you're lucky, it'll take an hour of your time to fill out.

Also, they'll want references. Fair enough. The thing is, I like my references and they like me – that's why I use them as references. The last thing I want is for them to deal with more paperwork for a job that I'll never get.

Thirdly, you'll need to be sponsored. Even if you write the school an email and ask, 'Before I waste my time and yours by applying, could you tell me if you'll sponsor me for this job?', they'll give some non-committal answer like, 'Apply and we'll take it from there.'

Sign up with a very well-known agency.  It's usually pretty simple and it's free (and if it's not, don't use them). Some of the agencies occasionally invite head teachers to the US for live interviews, although most will ask for a Skype video interview, at least, at first.

Even though the agency will almost certainly tell the schools that you need sponsorship, mention it on your resume/CV that you will need to be sponsored.

Tip #4: Get skilled with Skype!

A video interview on Skype will almost always be part of the hiring process. Practice using the features with a friend. Set your webcam so that it's not looking up your nose.

On one occasion, I was nearly finished with the interview when I realised, to my horror, that my interviewer couldn't see me!

Learn some of the features, like screen-sharing. I really impressed on a Skype interview when I used Sketchbook Pro (which is now free, by the way) to draw a symmetrical function.

And, have a backup compute or mobile just in case. During a couple of Skype interviews, my microphone would randomly and mysteriously turn off after a dozen seconds and I had to manually turn it back on. It took me about a month to find out that it was caused by a virus! So that ruined several opportunities.

Tip #5: If you visit the UK, print off your return ticket.

A few years ago, I made a trip to Blighty. No interviews or anything - just for fun. At the time I was teaching post-secondary (uni-level) as an adjunct professor.

An oddity of that profession is that every semester requires a new contract. It is signed, literally, hours before the first class. As such, between semesters (as summer is) one is, technically, unemployed.

So, when I presented myself to immigration, being the honest sort that I am, I mentioned that I was 'between jobs'.

HUGE mistake. I then got the 3rd-degree from Tommy Robinson's big sister - How could I pay for a hotel for a month when I was unemployed? (Apparently, she was unfamiliar with a concept called 'savings').

As secondary teachers work from year-to-year on contract (and uni profs contract from semester-to-semester), I thought I would include that warning. The immigration office do not want perpetually unemployed people hanging around! So, have a printout of your return ticket - that's what saved me from being put on a plane back to the US. God forbid I should dump thousands of pounds into Britain's economy.

Below are some terms you should familiarise yourself with before entering an interview.

In this regard, the British school system is particularly cruel.

It's this last term that gets under my skin. Britons live on an island that is rather chilly most of the year; most homes have nothing like air conditioning because they (usually) don't need it. Oddly, enough, I came to discover, most schools don't, either. As such, the residents relish the few, scattered moments when there is a modicum of warm weather. Usually, summer comes on a Thursday, but when I was last there (summer of 2018) it was a godsend. In the south, there were two straight months of highs over 23°C with hardly any rain.

Just a side note... Oddly enough, despite using inches, pints (which are 20 ounces, by the way, which is great when you're at the pub) and stone (which is fourteen pounds and only seems to be used when gauging the weight of a person) the Brits use the metric Celsius scale for temperature. By the way, 23°C is about 73°F. And, yes, that's a hot day in England).

So, someone decided that, during the very warmest weather, all British schoolchildren should remain indoors, attending classes. While wearing blazers. With ties. I presume this person is already dead, otherwise, news of his murder would be all over the papers.

The other aspect of the system I find disdainful is the dreaded GCSE (General Certificate of Secondary Education) testing and the A-levels ('A' stands for 'advanced'). Here in the US, we moan and groan about high-stakes testing, but we can't hold a candle to this. Students in secondary school study several subjects for a couple of years. Then they spend a few days taking their GCSEs (again, during the height of summer, usually in a sweltering gymnasium). They have to pass at least five to move into "college" or further education, which we would call "senior high school" (see above). And, they get one shot. A-levels determine what universities they might get into. So... No pressure, then.

In my next blog, I'll talk about what to do once you actually get a live interview in a British school.

Frederick Leeper BSEE MSEE PE is an American (for which he apologises) who grew up in Louisiana. An engineer by training and an educator by calling, Fred has a BS and an MS in electrical engineering and is a licensed engineer, as well as being qualified to teach in two countries (if you count Texas as a country). Frederick has taught secondary and post-secondary STEM courses in the US whilst engineering in the maelstrom that is telecoms, and as an instructor for engineers.